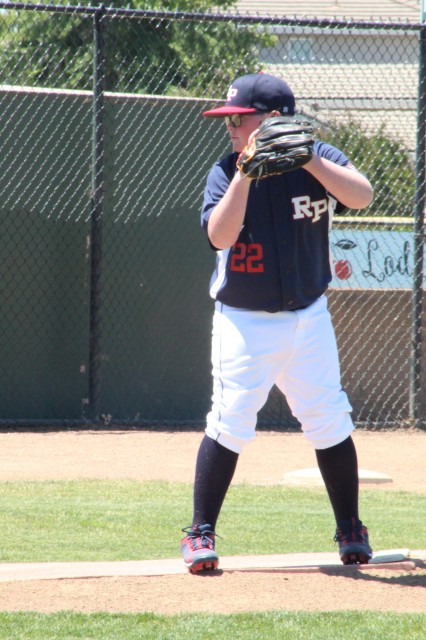 Pitching limitations as outlined in Section 0.06 (1-6) of the Babe Ruth Baseball Rule Book will be strictly enforced. All divisions will follow maximum innings allowed and pitch counts. Failure to abide by these will result in forfeiture of that game. It will also be noted in Manager’s file. Per page 9 Babe Ruth League, Inc. Baseball Rules and Regulations and Official Playing Rules Handbook: 0.06 Pitching Limitations: 1. A Cal Ripken Baseball pitcher, regardless of age may pitch six (6) innings per calendar week (see division levels).

a. Rule 0.06-1 applies to all games regardless of when played. This includes re-scheduled and make-up games. If a pitcher delivers one (1) pitch in an inning he shall be charged for one (1) inning pitched.

2. The calendar week of Babe Ruth Baseball is Monday through and including Sunday.

3. Each game in which a pitcher pitches is considered an assignment.

4. Games in which an ineligible pitcher has been used as specified in paragraphs 1, 2 and 3 shall be declared forfeited.

5. The word assignment means each game in which a pitcher pitches is considered one (1) assignment.

6. If a game is called before it has become a regulation game and the umpire declares it “no game” the pitching eligibility is the same as it was prior to the beginning of the "no game" situation.

7. Only a starting pitcher may return to pitching once they have been removed as a pitcher.

8. A trip to the mound occurs only when the coach talks with the pitcher or the player, he talks to then talks to the pitcher. Just crossing the line does not constitute a trip to the mound. For example, when a coach goes to talk to the short-stop during a timeout but does not talk to the pitcher. This does not constitute a trip. Crossing the baseline in this case does not invoke a trip just because the coach crossed the base line. Baseball rules 8.06 state it clearly. There is no local rule on this, and this type of pettiness should not be contested. Defensive Conferences will continue to be governed by Rule 8.06. Specifically, if the defensive team's manager walks to the mound to talk to the pitcher during a Charged Offensive Conference, this will constitute an official visit.

9. A Cal Ripken Baseball pitcher, regardless of age may play the catchers position after being removed as the pitcher but is still required to adhere to the “Maximum Pitches Per Game” rule. As an example, an 11yr / 12yr old player has a maximum of 85 pitches. If while pitching he/she reaches 45 pitches, he/she can then play catchers position but cannot exceed 40 throws as a catcher. The number of throws will be tracked the same as the number of pitches that the current pitcher throws.

10. “Recovery Times” for a player that played both pitcher and catcher in same game is based on how many pitches he threw as a pitcher. The players’ throws as a catcher do not count against him for the purpose of determining his days of rest. As an example, 36-50 pitches equals 2 days’ rest. If a player’s pitch count reaches 45, the players as a catcher throws an additional 40 times, the player has reached their “Maximum Pitched Per Game” of 85. Because the player only pitched 45, he only has to rest 2 days.

11. For a player that played both pitcher and catcher in the same game, “Recovery Times” or Days of Rest applies to both positions, pitcher and/or catcher.

12. It is the intent of this rule to apply only if the player begins as a pitcher and then plays as a catcher. Although there are many ways to gain maximum pitches as well as catching opportunities, this rule has been implemented to minimize player injury.